We Must Act to Fight for Wolves 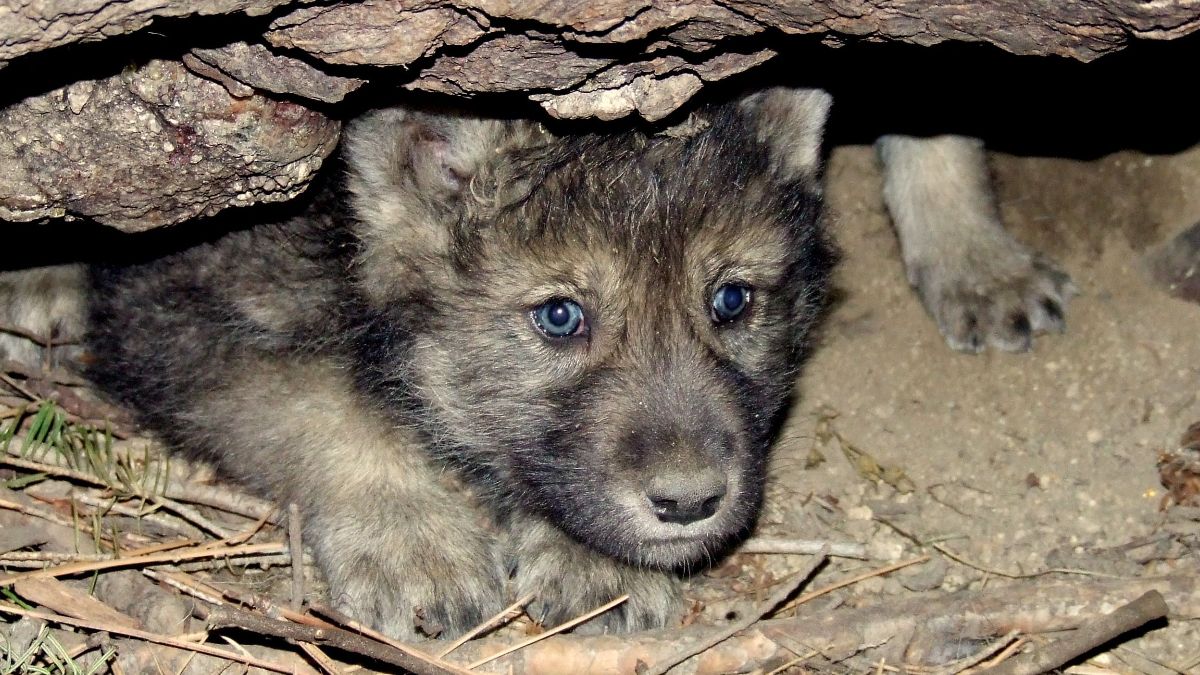 Things have been tough for wolves this past year, especially with the late October delisting of wolves from the US federal Endangered Species Act by the Trump Administration. As a result, Wisconsin was sued to open a wolf hunting season immediately for spring 2021, resulting in at least 216 wolves killed in 3 days, exceeding the quota of 119 wolves set for what was supposed to be a one-week hunting season.

Recently, bills passed in Montana allowing snaring and extending the wolf trapping season by a month, putting grizzlies and other non-target species at much greater risk, were passed and signed by Governor Gianforte (who himself was caught illegally trapping and killing a wolf on one of his donors’ property outside Yellowstone in February). Montana is on the verge of signing into law more two anti-wolf bills—creating a bounty on wolves, allowing baiting and spotlight/night vision hunting, and removing the current 5-wolf limit on hunters and trappers to allow an unlimited number of killings.

And just this week, Idaho introduced legislation that will vastly increase wolf killing in the state: unlimited wolf kills for hunters and unlimited methods to hunt them.

Hunters, trappers, and the livestock industry are blooodthirsty for our keystone predators. Wolves are facing more hardships now than they have in the last 100 years, so we must act to fight for wolves!

We are thrilled to announce that Rosie Sanchez, wolf advocate extraordinaire who helped get wolf reintroduction initiative Prop 114  passed in Colorado last year, has joined our Board of Directors!

Rosie spoke about her Colorado reintroduction work at our 2020 conference. As the Rockies and Plains Program Coordinator at Defenders of Wildlife, Rosie provides support to the programs and operations to Defenders’ regional Director and team members in Montana, Wyoming and Colorado.

Before joining Defenders, Rosie started her career in the conservation field interning at the Wildlife Safari in Winston, OR in public outreach and education that later led to her working with the Audubon Society of Portland, where her love for birds was amplified by working hands on with rehabilitation and preservation. After leaving Portland, Rosie ventured and lived in Yellowstone National Park, hiking, birding and backcountry backpacking, ultimately leading her to the Rocky Mountain state of Colorado.

Rosie received her B.S. in Fisheries and Wildlife Sciences with a specialization in Conservation Biology from Oregon State University. 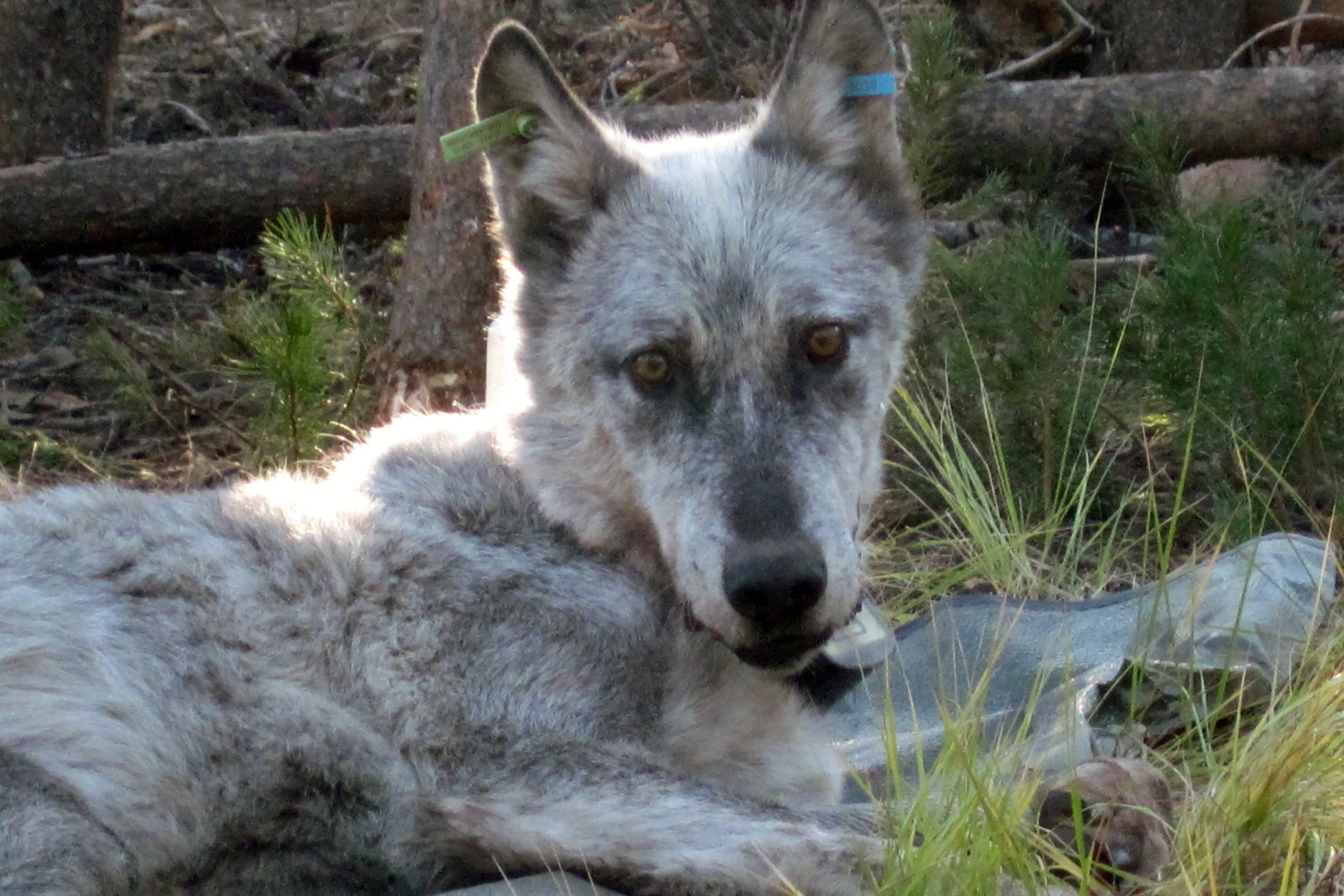 Wolves once roamed freely across much of the land that is now called North America. Indigenous peoples actively managed the land responsibly, including lands that many in the conservation movement call “wilderness”. It wasn’t until the 1500s through 1800s when European settlers, spreading across the continent, stealing the land and its resources, committing genocide of indigenous peoples, and exploiting wildlife to the point of extermination.

Those of us who are settlers must recognize how our long history of settler colonialism, white supremacy, and racist policies were driving forces that led us to where we are now: trying desperately to reverse the destruction of wildlife and the environment before it’s too late, as wildfires rage, climate change threatens our near future, and our culture wars divide us into those who want to save keystone species vs. those who want to keep ranching cows on public lands for our dinner plates.

By the 1940s, wolves were extirpated from the landscape, thanks to government-sponsored bounty programs.

In 1974, the gray wolf (Canis lupus) was listed on the federal Endangered Species Act. Wolves slowly began to disperse back into the northern reaches of the US from Canada, and in the 1990s, wolves were reintroduced to Yellowstone and Idaho.

As wolves returned to states where they had once lived, state wildlife agencies developed wolf management plans under their own state Endangered Species Acts, working in tandem with the US Fish and Wildlife Service, which managed federal protections.

While wolf populations have slowly recovered in the 30 years since reintroduction, they still only occupy less than 10% of their historic range in the US. As wolf populations began to grow and conflicts arose with hunters and ranchers unhappy with this keystone predator returning to “their” land, states began removing wolves from local ESA protections and allowing wolf hunts. In 2020, the Trump administration removed the gray wolf from federal protection.

To dig deeper, check out the videos and readings on our Learn page.

Most state fish and wildlife departments have “providing opportunities for fishing & hunting” as part of their mission statements. In addition, since many hunters and anglers pay for hunting and fishing licenses, these groups tend to feel of sense of ownership toward their state Departments of Fish & Wildlife.  These groups in turn, pressure the Commissioners to focus on the interests of hunters and anglers.  As a result, these agencies serve the primary interest of “sportsmen”, while the interests of the members of the public that do not hunt, fish or trap are given less consideration.  More needs to be done to find alternative forms of funding and the public needs to be educated that their tax dollars do indeed fund a large percentage of Department budgets.  Fish & Wildlife Departments need to represent more than just special interest groups.

In Western States, the governors currently appoint fish and wildlife commissioners.  These Commissions have authority over agency policy, particularly predator management. Until we switch over to a process that prioritizes having Fish & Wildlife Commissions that are scientifically qualified, and represent more than just fishing & hunting interests, we will continue to see Commissioners that prioritize the interests of ranchers, hunters & anglers.

Grazing is the most ecologically damaging form of land use in the arid American West. Non-native livestock is responsible for soil compaction, destruction of wetlands and riparian zones, a decrease in water retention and aquifer recharge, soil erosion, flooding, and a net-loss of biodiversity. Livestock grazing contributes to the spread of harmful invasive plant species, which greatly affects the West’s historic fire regime.

To make matters worse, destructive grazing practices are heavily subsidized by taxpayers every year to the tune of tens, if not, hundreds of millions of dollars. More work needs to be done to limit and eventually eliminate grazing on public lands.

Every year the USDA  Wildlife Services kills millions of animals, including wolves. coyotes, black bears, mountain lions, bobcats, beavers, birds and countless other species, including house pets. The agency is an indiscriminate killer that uses neck snares and foot hold traps, toxic cyanide (M44’s) and aerial gunning (helicopters) to slaughter native wildlife across the country. This agency has historically, and continues today, to mainly serve the interests of the livestock industry.

Gray wolf recovery has been a failure, in that our federal government prematurely abandoned recovery efforts in order to appease powerful livestock and sportsmen interests.  Currently, state fish and game agencies have authority over gray wolf “management”. State-sanctioned hunting, trapping/snaring, and hounding seasons have resulted in thousands of wolves being killed.

Wolves are also prone to taxpayer-funded, aerial-gunning programs carried out by the federal government’s Wildlife Services.

Leg-hold traps, conibear traps and neck snares are indiscriminate killers that have no place on federal public lands.. Recently, there has also been an increase in the number of dogs being trapped and/or killed on public lands in states like Idaho. Some states currently require individuals to check their traps once every 72-hours, while other states do not require trappers to check them, at all. Wildlife advocates should urge their elected leaders to introduce legislation that would ban leg-hold traps, conibear trap & neck snares.

End wildlife derbies and the hunting of carnivores

The best available science suggests that carnivores, including gray wolves, are self-regulating species. Carnivores don’t need to be managed, they have evolved with their prey over thousands of years, with species populations constantly fluctuating.

The livestock industry and sportsmen groups have continued to hold cruel wildlife derby contests “for fun”. The trapping, snaring, hounding, and trophy-hunting of carnivores runs counter to public sentiment and ethics. Much has been done over the years to work on banning these wildlife derbies, progress has been made, but there is so much work to be done.

Make a Tax-Deductable Donation to Speak for Wolves

Terrible news out of Washington: The two remaining wolves of the Wedge pack, an adult female and an adult male, were killed by the state on Aug. 13, finishing off the pack completely. Now, up to two wolves from the Leadpoint pack in Stevens County remain in danger of being killed.

Since 2012, Washington has killed 34 wolves. Nearly all were slaughtered for conflicts on public lands, with 29 killed for the same livestock owner. The WDFW, catering to livestock operators, is out for blood. Washington’s killing of wolves is barbaric and cruel, and must be stopped.

Multiple wolf conservation organizations are calling for the WDFW to immediately halt its ruthless killing of wolves to appease private ranching interests, and calling on Governor Inslee to reform wolf management in the state.

Please take 10 minutes NOW to demand an end to the killing!

Respectfully tell them to stop killing wolves in Washington.
Tell them why the return of wolves to the PNW is important to you & why endangered wolves should be protected, not killed. 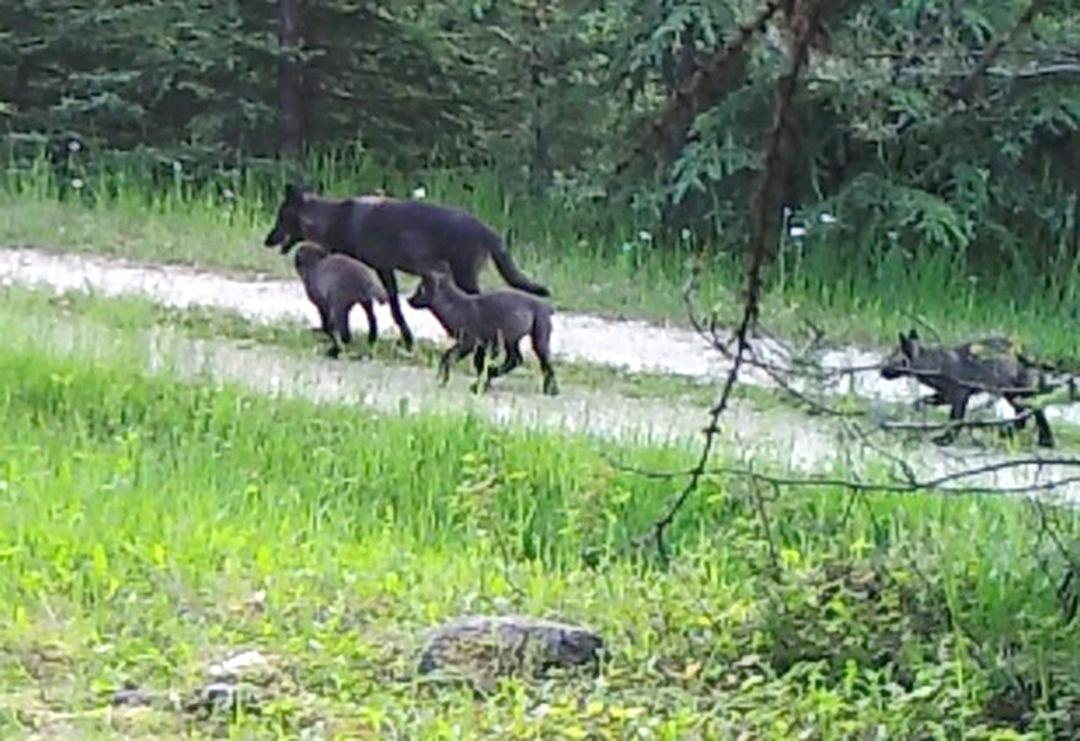 The following sessions from Speak for Wolves 2020 are now available on our YouTube channel:

Let us know what you thought of the conference!
Take our short survey

Last month, we asked you to call on Washington officials to end the state’s wolf-killing policies that led to the demise of the Wedge pack in August and many other wolves in recent years.

Thanks to public pressure and tireless work by conservation organizations, Governor Inslee directed the Washington Fish and Wildlife Commission to draft new rules governing the killing of wolves involved in conflicts with livestock!
Read the CBD press release.

We'd love to hear from you!

Subscribe to our Newsletter to get updates on the 2021 Conference and wolf conservation news and action alerts.